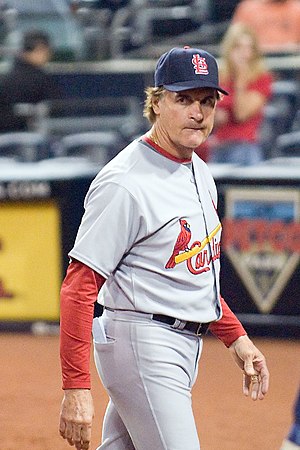 The St. Louis Cardinals find themselves somewhere where they haven’t been in this World Series — down a game to the Texas Rangers. The problem couldn’t come at a worst time because they are now facing elimination.

Looking over the World Series both teams have capitalized on clutch hitting, strong pitching, and a little bit of luck. The Albert Pujols-led Cardinals have every chance of coming back in this series, plus they are now back in St. Louis. The Texas Rangers have not lost two straight games since Aug. 23-25 and the Cardinals will need both to become world champions. Here are five ways the St. Louis Cardinals can win the World Series.

In Game 2 Garcia was excellent, 7 innings with no earned runs and only 3 hits allowed. This time the Cardinals do not need excellence, but it wouldn’t hurt. Spread a few runs over 7+ innings; wait for the bats to come alive and the Cardinals will just fine in Game 6.

There is not a lot of immediate fear behind Albert Pujols right now due to fact that Matt Holiday’s is batting .167 with no RBIs. The Cards need more from Holiday in both games, ‘nuf said.

3. Shut Down Rangers Player Of The Game

Cruz, Beltre, and Napoli have all single-handedly taken down the Cardinals in the games they have won. Keeping that one player’s bat neutralized and keeping that one hitter’s damage down will help the Cards spread out any damage.

Comparatively, the Cardinals have played much better in the field than Texas. But as we saw in Game 2, it only takes one mistake in the field and the media is all over it. Skip Schumaker was amazing in Centerfield in Game 5, look for him to stay out there the rest of the series.

5. They Need To Not Look Tired

The Cardinals have been playing meaningful baseball since September and some of the pitchers on their staff look tired. The finish line is so close they can see it and some of them seem to have lightened up the pace. Shut down innings from the bullpen and longevity from their starting pitchers will get them there.

In the end, the Texas Rangers have turned the tide on this World Series but the St. Louis Cardinals are not out of it. Tony LaRussa’s managing and Albert Pujol’s confidence has got them this far. Don’t second guess it!

If you’re wondering what time the world series starts:
Game 6 of the World Series starts at 8:05PM EST and 7:05PM CST on Fox.

Be the first to comment on "Five Ways The St. Louis Cardinals Can Win The World Series"